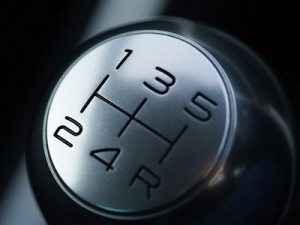 When the economy made its downturn in 2008, specialty retailers started closing their doors, going dark, and leaving their property owners with a long stream of guaranteed rent payments on empty buildings. As a result, single tenant net lease investors began to flock toward tenants with a strong change to weather the storm, auto parts stores made up a large segment of the retailers that were deemed recession-proof.

However, this same sector of retailers may not show to be recovery-proof.

Earlier this week, AutoZone announced its 4Q results and reported they had come up short on their revenue projects, which was quickly followed by a 4% drop in their stock price. Also followed by sharp stock price declines for their competitors, Advance Auto Parts and O’Reilly.

Why is Wall Street so quick to jump off the bandwagon? The sharp decline in the market for Do-It-Yourself (DIY) consumers.

The DIY consumers kept the rent paid during the recession. The average consumer could not afford new vehicles, and opted to replace parts themselves to keep their vehicle running. This is true especially in very blue-collar geographical markets.

Today is a new day. The recovery is in full swing and the average consumer is buying new vehicles. Vehicles that are too complex for the average consumer to repair themselves, most of which are covered by a warranty provided by the dealer. In short, the economic recovery along with improved technology are making the DIY consumer a rare breed.

Who will buy auto parts if the DIY consumer doesn’t? Mechanics, that’s who.

This is no secret to the big three Auto Parts retailers (Advance Auto, O’Reilly, and AutoZone). Throughout 2014, they have all made efforts to stake their claim in the commercial markets. Advance Auto bought out Carquest in January of 2014, AutoZone is in negotiations to acquire InterAmerican Motor Company, and O’Reilly is work hard to expand and refine distribution methods in order to provide same day delivery to all of their commercial clients.

Who will end up ahead? My guess is the one with the biggest head start.

AutoZone’s commercial clients make up 17.5% of their total sales, while Advance Auto’s commercial mix is at nearly 40%. I was not able to find a commercial mix for O’Reilly, but my guess would be they are somewhere between the two.

In conclusion, expansion efforts for auto part retailers will emphasize presence in high density markets and improvement of distribution lines as these tenants make the shift from DIY consumer to commercial clientele. 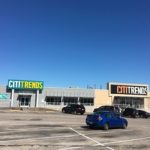